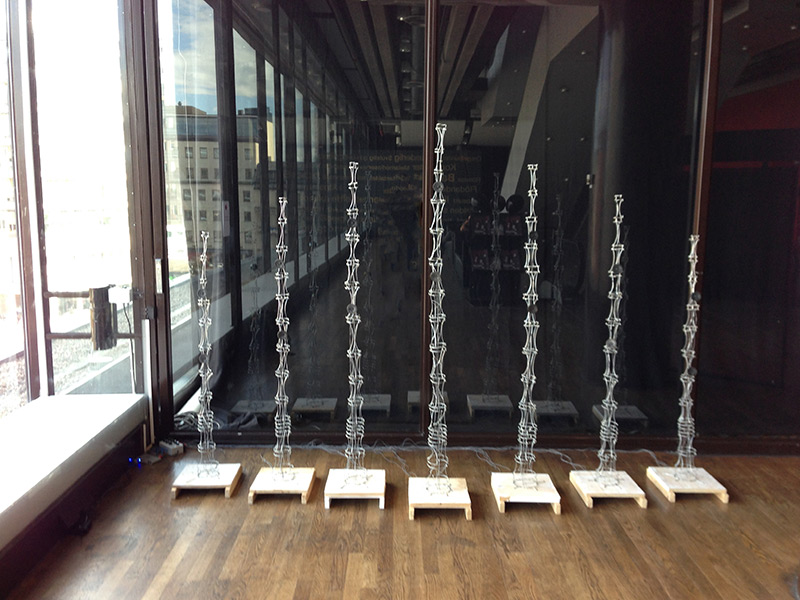 Peep II was exhibited at Kulturhuset as part of Stockholm Fringefest 2014.

Based on the game Telephone (Stille Post), Peep explores Memetics and infidelity in information dissemination.

Memetics
Memetics is a theory introduced by the natural scientist Richard Dawkins. Dawkins suggests that the process of transmission of cultural concepts closely resembles the darwinian process of gene survival, with concrete units of thought, or expression being akin to a gene that survives to be passed on further to descendent members of a species. Memetic copying is considered to be the cultural parallel to gene transmission.

Preparation of the Audio Material:
The composition runs from a database of audio material that has been cut into small, but contained segments from a variety of sources, including; advertisements, news reports, entertainment, music and other material typically found in electronic media such as radio, television, and internet. When the audio is vocal speech, clean cuts are made in order to preserve a small idea, such as a word or short phrase. When the audio material consists of material that could be considered “musical”, such as jingles or audio stingers, the source material is trimmed into pieces that represent an understandable and contained phrase, for example, a row of a few notes. The end result is that the audio data, regardless of the source or genre, consists of modular pieces that can be randomly juxtaposed together to create a collaged message constructed from discrete units of thought or concept. This editing process is quite similar to the editorial process used by William Burroughs in preparing the source material for his cut-up novels, such as The Naked Lunch, and the Nova Trilogy, but extends across a variety of media.

The Application
The installation is controlled by an application that I’ve written in PureData. The installation program begins with the center tower, and randomly selects a group of audio snippets from the database to form a message. When the first tower completes it’s “message”, the tower to the right of it attempts to faithfully repeat the message, but at each segment, has a small chance of making an error (or alteration) and replacing the segment with something new out of the database. Next, the tower to the left of the main tower attempts to repeat the newly message from the last tower, and this pattern repeats until the end towers are reached. The Main tower then repeats the system’s “current” message and the pattern continues indefinitely – a rythmic, hypnotic, yet mutating drone. 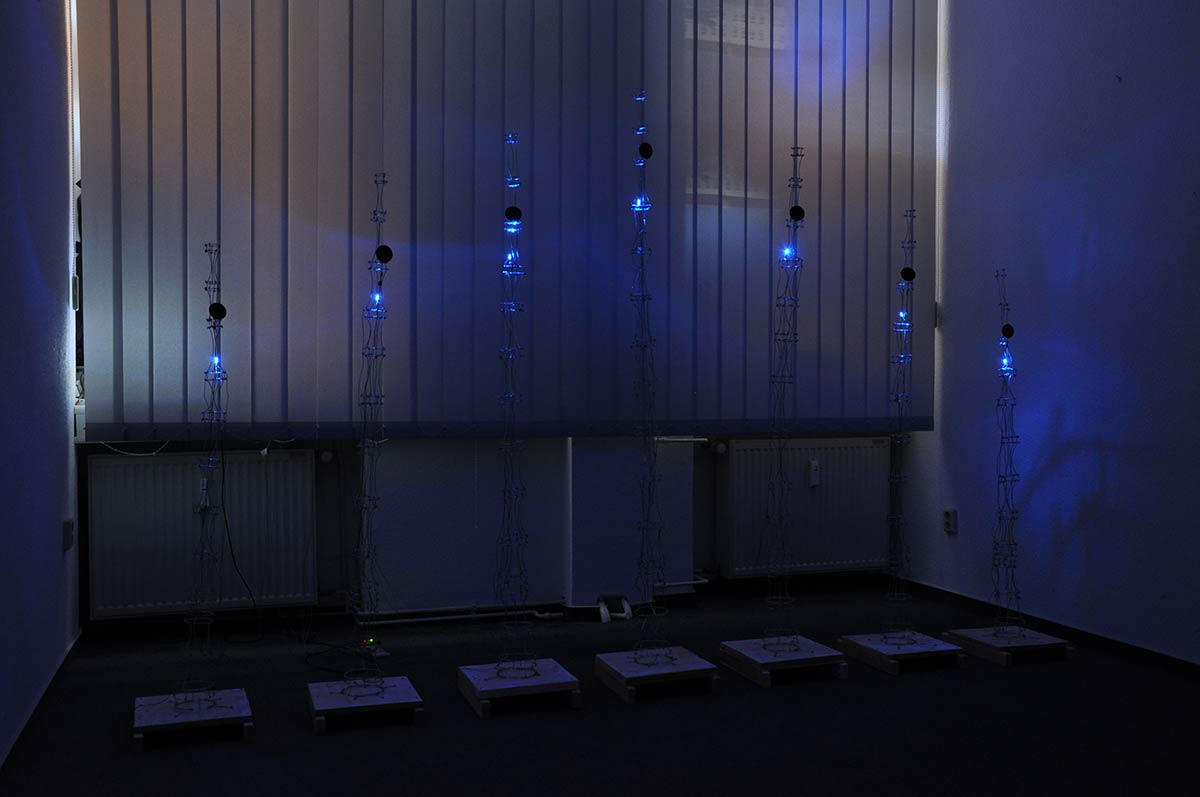 The finished towers as seen at Kunst am Spreeknie, Berlin 2013 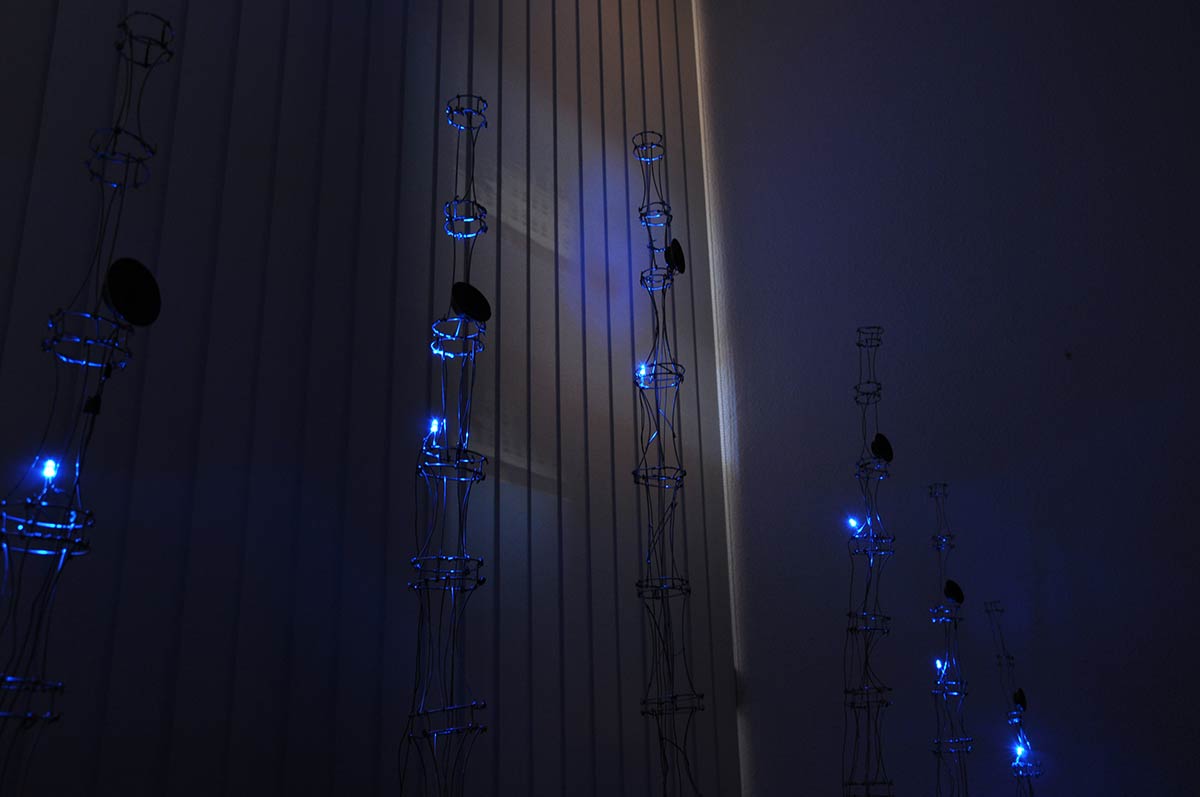 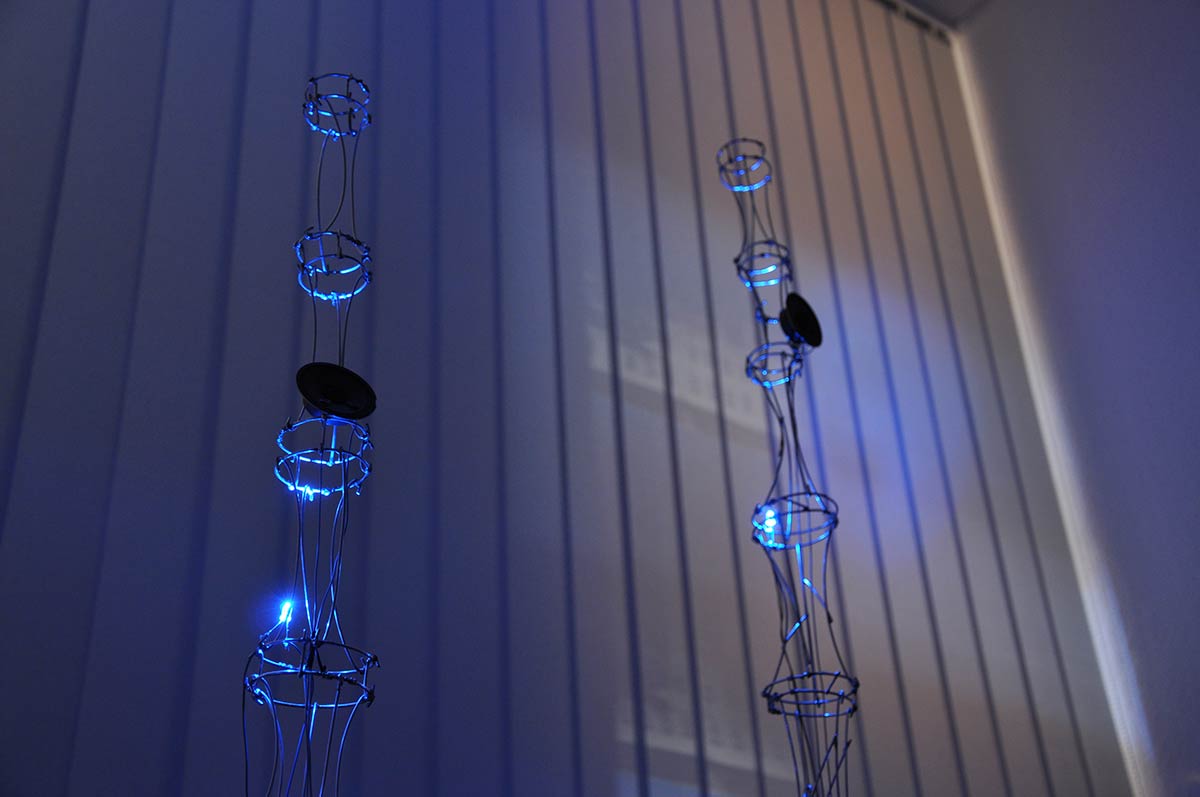 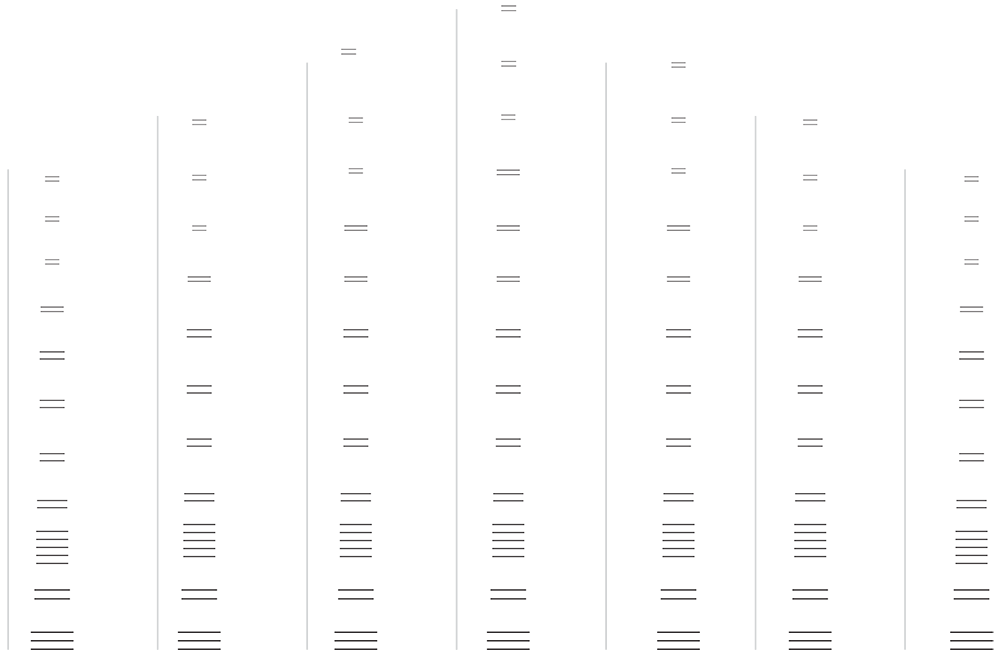 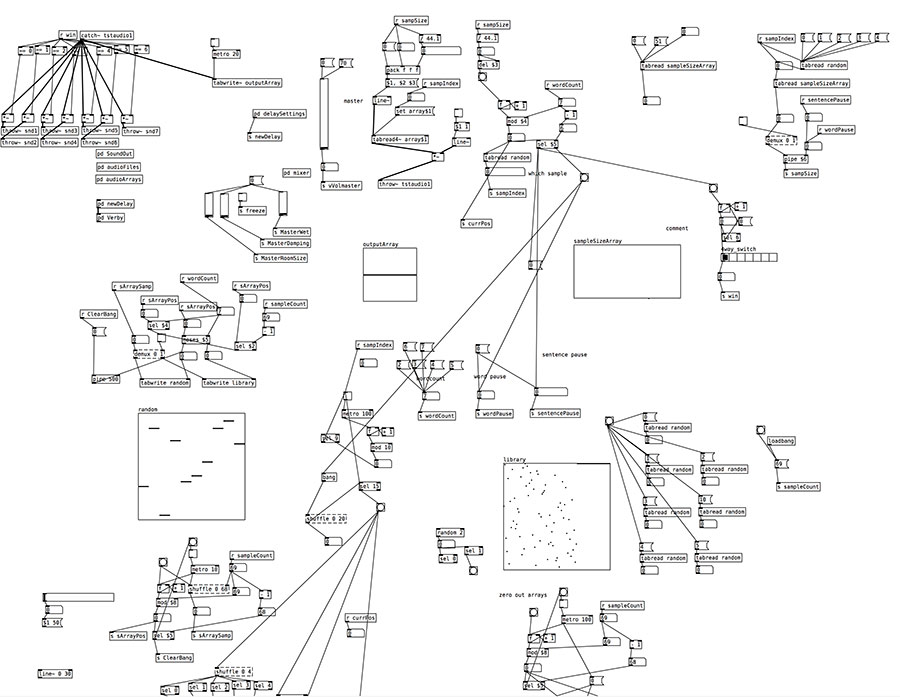 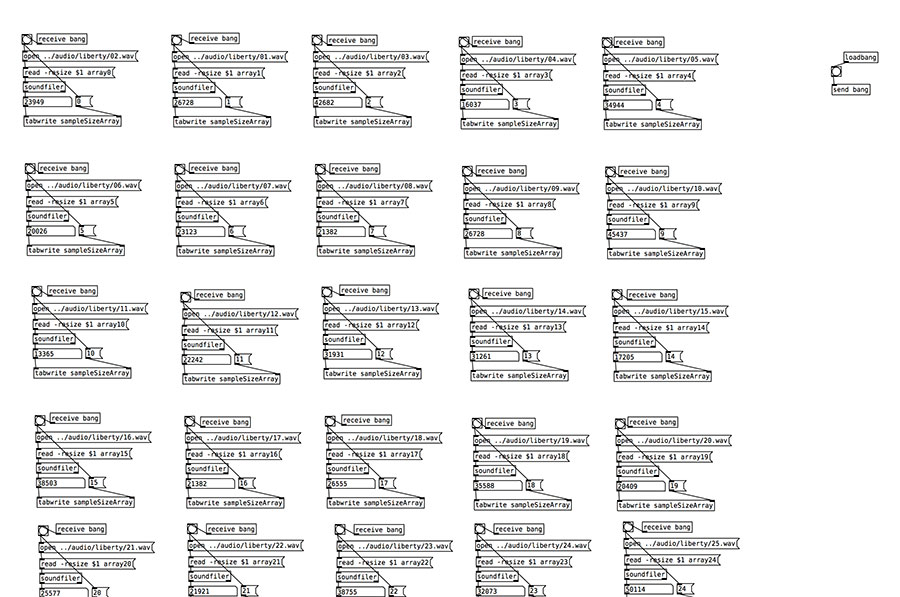